I’ve been fighting with the HTTPStime polling code, trying to minimize the number of requests we need to send to get a usable result.

The problem is a problem of discrete mathematics with hard boundaries, and I’m not good at that.

Trying to be smart about it, one easily ends up with functions which if built as roof over a museum would win an architectural prize. Here is one such example: 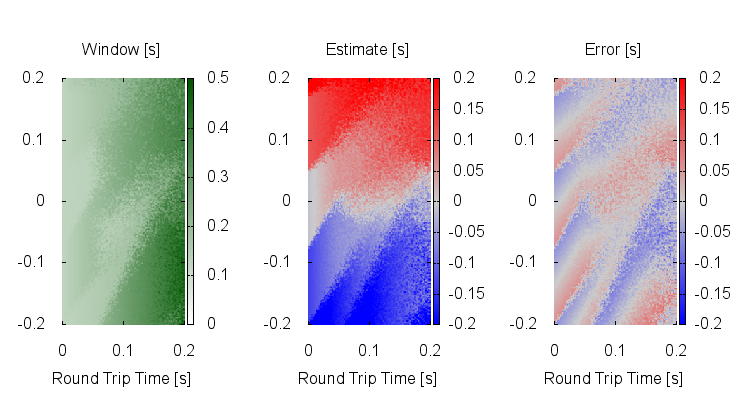 The leftmost plot shows how big our final window is for a given RTT and clock offset.

The middle plot shows our estimate of the time difference using the middle of the window and that’s almost even worse.

The rightmost plot shows the error, and it is readily obvious that there are significant biases around the most important “No clock skew, nearby server” space.

Here on the other hand, is a four-volley result for the totally naïve algorithm of “aim for the middle with a little twist”: 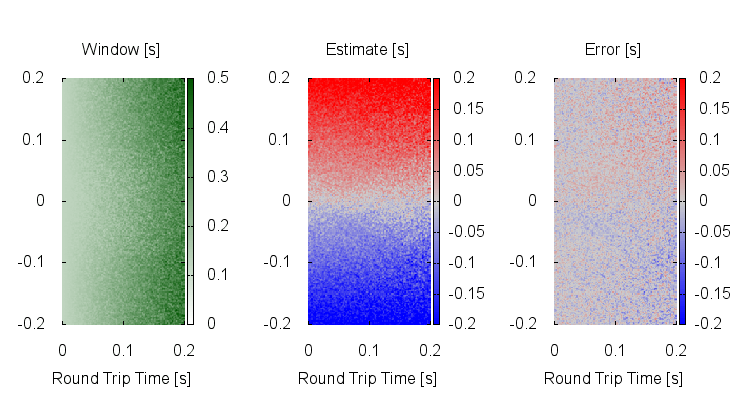 Much better. Not flat, but no systematic biases either.

If we allow two more volleys, for a total of six, the result improves noticeably: 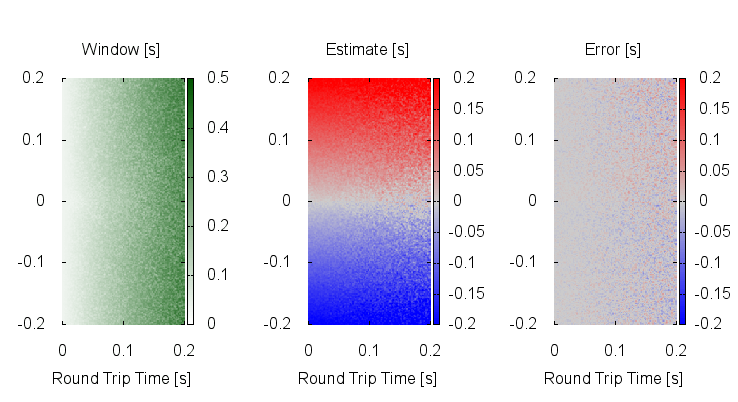 The little twist is that once we know the RTT - after the second volley since the first one has the TLS/SSL negotiation overhead - we pick which end of the volley to probe with, depending on the sign of the aimpoint.

To be perfectly honest: I have no idea why that works better than using either end of the volley every other time, but it is about 10% better.

I’ll be very interested if anybody can improve this result.

…or even just explain it.

Here is the python code which simulates the HTTPstime protocol:

And here is the gnuplot script to plot the result: