I cant remember when I bought this precise Antenna, but 1998 is probably a good guess, and it has been sitting on top of houses, in the Danish climate, pretty much ever since: 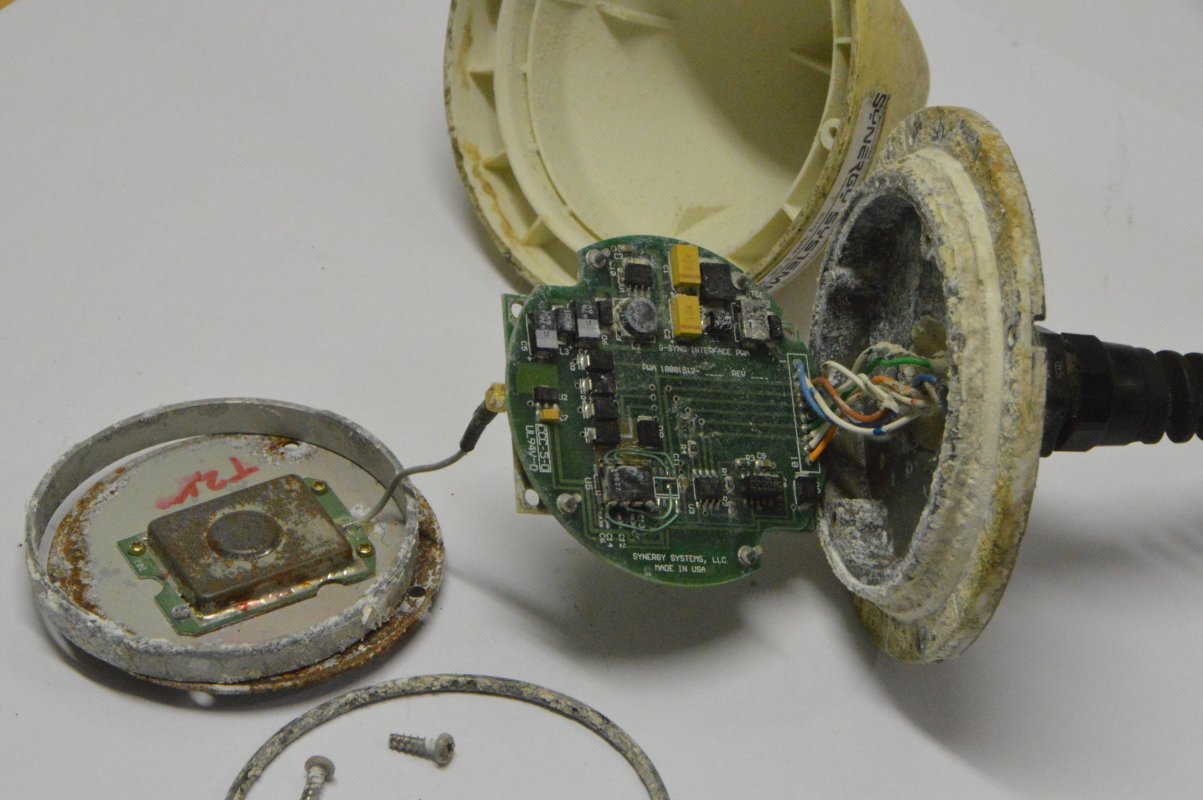 The “Oncore Remote” was a bright idea from Synergy Systems: Running coax at GPS frequencies is nothing but trouble, whereas good old RS-422 will run across literally anything conductive, including the barbed wire fence, for pretty much as long as you could want to.

The board we can see in the picture contains a fair bit of protection, a small buck-converter and RS422 tranceivers for the serial signals, and the PPS output.

On the other side is a Motorola Oncore timing receiver in a variant without the backup battery.

The robustness of RS-422 comes at a cost: Over the year the PPS signal wanders about a microsecond, most likely due to temperature coefficients of the RS-422 tranceivers and the line protection.

I used this model receiver for ten hand-made NTP servers for the Danish Air Traffic Control System, which needed a rather interesting combination of hold-over, absolute precision and SNMP monitoring.

Having access to ten antennas at the same time allowed me to make some interesting experiments.

The first one I called RAGA and it simply consisted of ten receivers in a row, being compared. Lots of weird effects.

The more interesting one was to try to improve the position-hold coordinates while holding them, basically trying to SNEAK up on the correct coordinates.

The conclusion is that you can do it, it takes a long time to collect enough data, but in a couple of weeks the residuals will be evenly spaced over the hemisphere.

On the “remote” version, there is no measurable difference in the PPS quality, but with a coax-downfeed, the PPS signal gets better as your pos-hold coords moves towards optimum.

Unfortunately, that is not necessarily a good thing, as it means the “hanging-bridges” get longer and longer, particularly if the receiver is subject to stable temperature.

Using the negative sawtooth compensation makes that a non-issue, but interestingly, that also removes the effect of non-optimal pos-hold coordinates, making the entire “sneak” procedure pointless.

UEFI is not (entirely) useless