So a lot of people have been asking me a lot of questions, almost distracting me from my day-job om mondays (Varnish Cache) and from getting the last X-mas gifts sorted.

A common theme in many queries is “What happens next?”

Before I answer that question, let me say a little bit about how fast things are going to happen.

This work is sponsored by the Linux Foundation with $3000/month, and at my rate that more or less means they’ve bought fridays.

This sort of sets the pace for the Ntimed project right now, the rest of my calendar is already filled up, so even if they wanted to, LF couldn’t buy more of my time.

In practice I spend much more time on Ntimed than that, because I am a time-nut, and that’s what time-nuts do: Spend inordinate amounts of their spare time chasing small fractions of seconds. 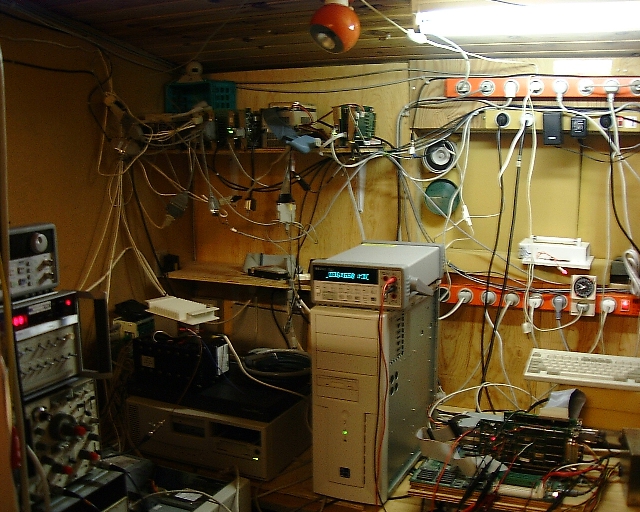 You get the idea.

(Bonus points if you can spot the atomic frequency normals.)

This is not quite a spit&polish job, all the bits are basically there, but there are still issues to hash out, code to refactor, constants and parameters to tune, and – of course – spit and polish to be applied.

This will also involve a lot of email from early adopters, patches, portability and so on.

Realistically, that release will happen in 2015Q1.

After the release more bugs will be reported etc, that will take some time too.

This is basically ntimed-client running in one process, steering the clock on the computer, while other privilege-separated processes (one per socket ?) act as NTP server to clients.

Optimistically one could hope for 2015Q2, but since that contains a lot of national holidays a high-school graduation and other distractions it will likely be right after summer vacation 2015.

This is basically the server threads from ntimed-slave, but with a new master process, which also talks to refclock processes etc.

A realistic guess is that we’ll see the first release a year from now.

In addition to those three programs, there are other opportunies: A PTP client. PTP support for -slave and -master. Windows ports, and so on.

Some of those I can do myself, but they are not on the calendar right now, others require skills I don’t have, such as operating a C-compiler under Windows.

Setting up and running a FOSS project is work. Granted, things like github have made it a lot less work than it used to be, but it is still work which takes time.

Harlan Steen of the Network Time Foundation has promised me that Ntimed can fit under their umbrella, which hopefully means that I won’t have to spend time on mail servers and other such “overhead” but can concentrate on the code.

Harlan and I need to get that sorted and setup, we’ll do that after X-mas/New Years some time.

No, seriously: You can’t plan a FOSS organisation. It doesn’t work that way.

Time will show what kind of ecosystem Ntimed becomes, and who contributes. We’ll simply see where that goes, when we see who came to the party.

But I still need to write the invitation, and that looks something like this:

X-mas, and then New Years celebrations require my attention, so with my best wishes for your own celebrations, this is probably the last you hear from me in 2014.