I did what any sane person should do: I bought a lawnmower robot.

I have absolutely nothing but positive things to say about the experience so far: Life is simply too short to rattle around on a garden tractor, burning fossil fuels, annoying the neighbors with the noise and giving the topsoil “tractose” from the weight of the monster.

I won’t claim that I’ve bought my last lawnmower, because I’ll probably always need one for the edges and corners, but that will be it: puttering around margins with a little light battery powered mower, leaving the big areas to the robot.

However, it seems pretty likely that these lawnmowers will spell the end of VLF timekeeping in its current easy incarnation.

The way the robot works is that you install a peripheral wire around your lawn, and the “base-station” sends a current-pulse through it which the robot can detect: 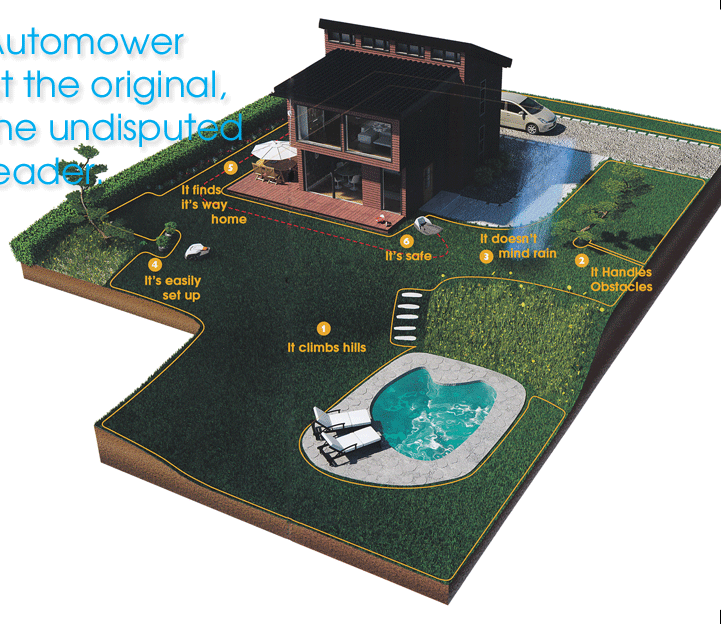 As far as I can tell, the robot senses the wire with loop-antenna of some sort, and there are some cute tricks with respect to polarity and being inside/outside the wire, and also a unique ID of some sort which enables the robot to recognize its “own” wire.

Nice an dandy all of it, and it seems to work very well.

Here is my VLF spectrum without the robot:

And here it is with the robot turned on:

Here is DCF77 without the robot:

And with the robot:

That shouldn’t be an impossible obstacke in receiver design, but having checked, I can say for certain that none of my “cheap AM” DCF-77 receivers cope with it – at all.

As far as I can tell, Loran-C is unaffected, at least as seen on my home-brew “AducLoran” receiver: 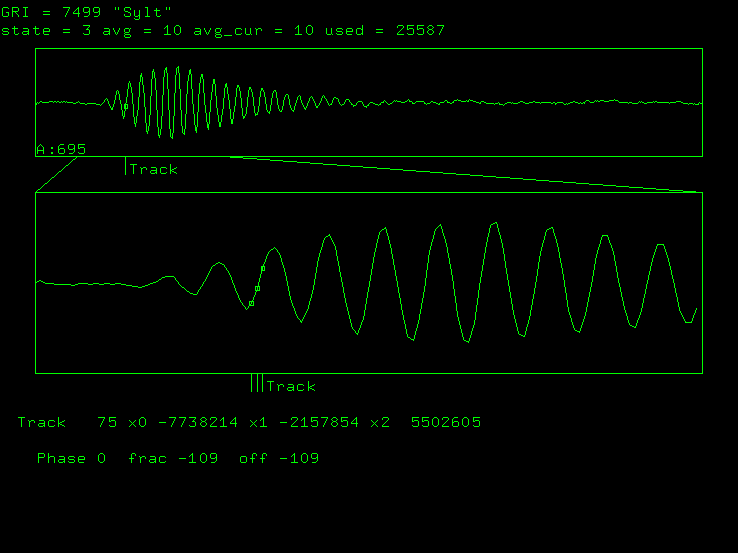 Here is a how the actual robot signal looks:

The reptition frequency seems to be approx 77 Hz.

It is not obvious to me if the smaller pulses comes from my robot, or from a robot belonging to a neighbor somewhere.

It could look like they made the signal symmetric by reflecting it in both time and space (= 180° rotation).

There can be many reasons for that, and one might naïvely think that this kind of “balance” would make the signal more compatible with the rest of the world, but the result is the opposite.

One of the reasons Loran-C has always fascinated me, is that the signal is very smartly designed .

Loran-C is spread spectrun, designed many years before we had really figured out what can be done with spread spectrum, and as far as I can tell, pretty much designed by “gut-feeling” rather than science.

I wish the lawnmower people had taken the time to study Loran-C signals, because they could quite trivially have designed a signal that would both be much easier for the robot to detect, meaning that lower signal levels could be used, and they could also have isolated all their energy into a narrow, allocated, part of the spectrum, rather than blanket the entire VF and LF band with junk.

The very least they could do would be to turn the loop off when the mower is parked, that would most likely allow all the “radio controlled” clocks (alarm-, wall- etc.) work, since they usually only turn their radio receiver on during the night.